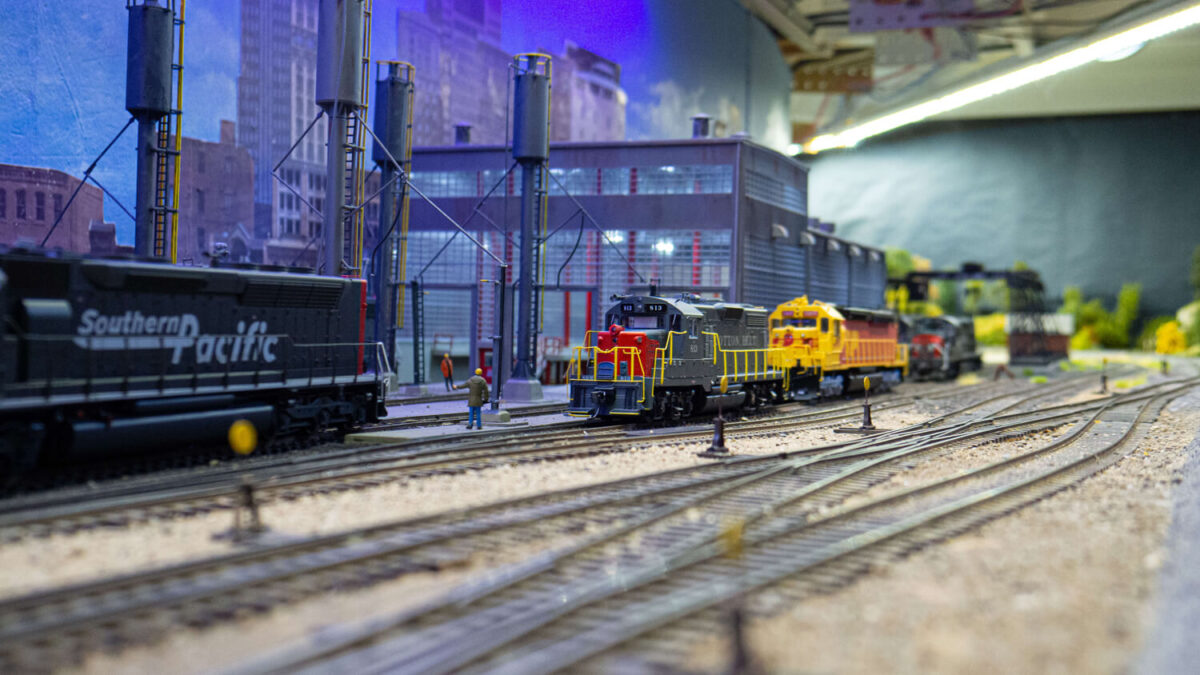 The lonely beige building at the south end of the Menlo Park Caltrain parking lot holds a secret. Its plain white windows are covered from the inside. An unassuming green placard on the front door is the only hint as to what lies within. “Welcome to the West Bay Model Railway Association,” reads the sign in plain yellow type.

Typically, this door is only open to the public on the second Saturday of the month, when the club reveals its masterpiece: a double-decker model train layout in a 1,200-square-foot room. Complete with bustling cities, pristine farmlands and cascading rivers, the layout mimicks the scenery actual rail passengers view every day as they traverse the country. Every detail is accounted for, down to the individual building windows portraying vignettes of everyday life.

“You want to hide these little Easter eggs so that they surprise people,” says Mark Drury, WBMRA member and manager of its website. “That’s part of the joy of the hobby; when you create something this involved, people can see the layout 20 times but when they visit the 21st time, they see something they didn’t notice at first. Those are sprinkled all over the layout.” 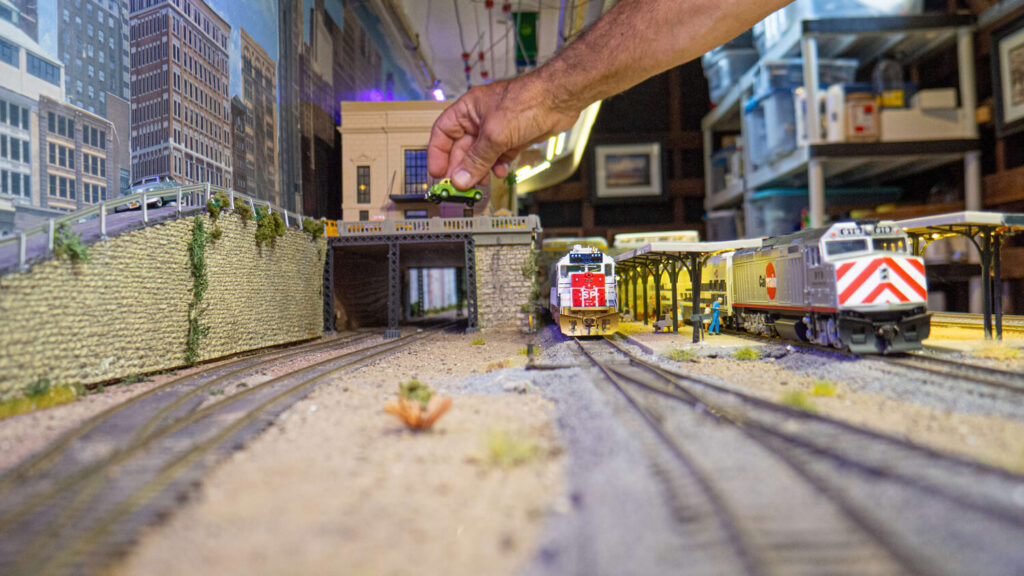 The immense detail in the layout reflects the unadulterated passion that WBMRA members have for model trains. Since 1947, the club’s layout has united adult model train enthusiasts living on the Peninsula. For some, model trains are nothing more than a passing childhood hobby. But the 85 WBMRA members remain staunchly committed to the craft.

“Trains are there no matter where you are: big city, small city or out in the country,” says Clyde King, club president. “Having this building was sort of a draw for people, because you have a fixed place to go to.”

The association’s older members saw the Peninsula at the height of its railway hub days as a part of the Northwest Pacific Railway. Clyde remembers growing up in Menlo Park during the transition era, when both steam and diesel train engines shared the tracks from the 1930s to 1950s.

Clyde explains that model train enthusiasts are particularly drawn to replicating that era in layouts, as they can mix steam and diesel engines while preserving historic integrity.

“I want to model what I see,” he says. “People sort of grow up in a certain time—I was a transition guy. I saw the last of steam and the beginning of diesel. I saw 40-foot, 50-foot box cars, short tankers and all that.”

Clyde is a builder at heart, and joined the club in 1967 because it gave a purpose to his building. Not only will Clyde customize model train cars built from a kit, he also constructs and paints his own train cars from scratch.

“If something looks interesting to me, I don’t care what timeframe it is, I’ll build it,” Clyde says. “To me it’s art.”

Clyde also initiated the club’s layout redesign six years ago. He notes that the old layout was visually appealing, but it lacked the operational capabilities of the new layout seen today.

“It was a Christmas tree layout,” he says, dismissively.

The “highlight of the hobby,” as Mark puts it, and the main activities for the WBMRA are the club’s operating sessions, where members team up to complete tasks on the layout as if they were in charge of a real train. One shift during a session might involve dropping off lumber, picking up passengers or exchanging oil tank cars for box cars on a side track.

“There is some competition,” Mark reveals. “It goes unspoken a lot of the time, but sometimes if we finish our shift an hour before another team, and clearly we did a better job, we may lord it over the other team if we’re feeling like it.”

These operating sessions also demonstrate how high-tech the hobby has become. The club uses custom software to allocate specific train cars for each operating session. The trains are remote-
controlled with devices that resemble TV remotes—only with three times the amount of buttons. The control room section of the club houses a maze of wires and electrical boxes. Many WBMRA members have day jobs in tech, so this kind of planning is second nature.

“A lot of people would think it’s an old man’s hobby,” says Mark, who works in the technology sector himself. “Our membership is pretty well mixed and diverse. We have young people all the way through retirees.”

The WBMRA has several members in their twenties, an encouraging sign for what some might presume is a dying hobby. Mark takes pride in seeing the generations of families visiting during the club’s open houses. Seeing how people bring both their grandparents and their children reminds him of the universal appeal of model trains.

“It’s really fun to be a part of that and to reminisce,” he says.

Clyde and Mark both refer to their model train involvement as a hobby. But seeing Clyde, Mark and the rest of the WBMRA membership’s obsessive commitment, one would be excused for thinking this was a full-time job.

“It’s an escape from reality,” Clyde says. “I think that’s what hobbies are for, anyway.” 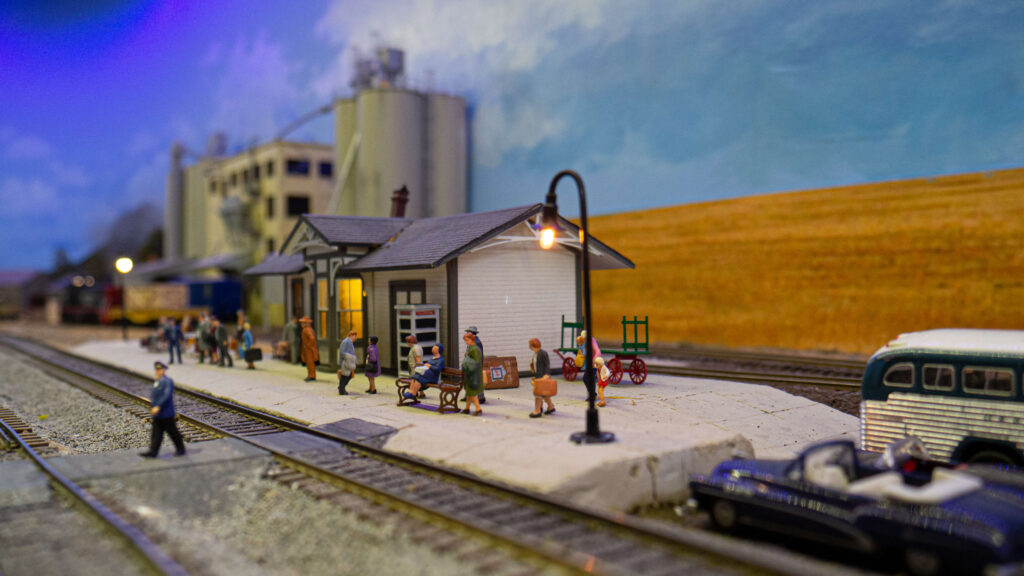